When will the halving of Bitcoin happen? Exactly what is halving? How will the price be affected? Do you find yourself with these types of questions?

Let’s talk a little bit about what “halving” means, and why the price of Bitcoin fluctuates with occurrence of this “halving”.

What is the halving?

As the term suggests, the halving is when “something is decreased by half”. In the cryptocurrency industry, the term is used to refer to when the issuance of a virtual currency is halved.

In addition to Bitcoin, Bitcoin Cash, Litecoin, Monacoin and other cryptocurrencies also have halvings. But here we will take a look specifically at Bitcoin, which is approaching its halving.

The term “Bitcoin halving” means that the supply of Bitcoin to the market in the form of mining rewards is decreased by half.

After a halving has taken place, the supply will drop by half, and if demand does not decrease proportionately, the price could rise. We will explain later why we use “could” instead of “will” here.

Bitcoin has already experienced two halvings, with this one being the third. With the upcoming Bitcoin halving, mining rewards will be halved from 12.5 BTC to 6.25 BTC per block. As past halvings have seen sharp rises in BTC prices, the event has recently caught the attention of investors.

When will the third Bitcoin halving occur?

Bitcoin halvings happen around once every four years. The timing of the next halving is expected to be on May 11th or 12th and there is a reason why the date and time cannot be given in more specific terms.

The measure of time that we generally use can be expressed in terms of “hours, minutes, and seconds”, with time passing as the seconds tick by on a clock. Bitcoin time, on the other hand, advances in blocks, not in seconds.

The next halving of Bitcoin scheduled for mid-May 2020, for example, can be expressed in terms of the number of blocks generated, namely 630,000 blocks. However, the time taken to generate a block can only be stated as “about 10 minutes”, and is not a perfectly constant interval. It cannot be represented exactly by the kind of date and time with which we are familiar.

You can see the newest block by checking the Block Explorer at the following link.

The halving of Bitcoin occurs every 210,000 blocks (approximately every 4 years), and will continue until the last of 21 million Bitcoins is mined, which is thought likely to be around 2140. This means that, because the supply of Bitcoins over the entire network will decrease over that time, the inflation rate for Bitcoin will fall at every halving.

What is the impact of halving on Bitcoin’s price?

As of April 2020, approximately 1800 BTC/day are being newly generated in the network, but after the halving this will fall to 900 BTC/day. Ahead of the 2020 halving, approximately 18.37 million BTC, or approximately 87.5% of the total, have already been mined, with only the remaining 12.5% available to be mined over the next 120 years.

Based on this alone, one would expect that the price of Bitcoin will go up because the inflation rate will go down, but it is necessary to understand that the price of Bitcoin depends on other factors as well. It is possible to derive the theoretical post-halving price of BTC using the stock to flow ratio (S2F), which indicates the scarcity of BTC. However, this analysis is entirely based on BTC supply, and does not take demand or miners withdrawing from the market into account.

The halving means that the mining rewards per block decrease along with the decline in the inflation rate, so mining may become less attractive and miners may withdraw from BTC mining or begin mining alternative currencies. Should this occur, the network value of Bitcoin would be reduced, possibly affecting the BTC price.

In forecasting future prices, it is necessary to fully consider the demand side and the behaviour of miners. While this is hard to forecast, after this halving, the annual supply of Bitcoin will fall from about 4% now to 2%, making it more likely to benefit from increased demand. While the halving is a one-off event, it is already priced in by many people because they have always known what would happen. Be sure to take a dispassionate approach to trading.

This material is intended to provide reference information on bitFlyer Co., Ltd. and related industries, and is not intended as a solicitation for services provided by the Company.

The Company and the Expositor endeavour to provide accurate information in this material, but do not guarantee its completeness or accuracy.

In addition, the contents of, and statements included in this material may include the personal opinions of the Expositor. The Company and the individual Expositor will not be held responsible for any adverse events arising from content presented herein. 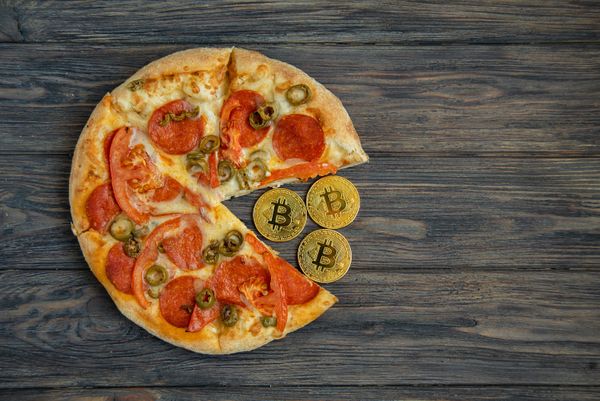 To celebrate the third Bitcoin Halving in history, we are launching a Twitter contest campaign from the time we post this tweet on May 8, 2020 to 11:59:59 PM on May