Bitcoin has quickly gone from the fringes of the internet to mainstream consciousness, not only taking up significant space in mainstream business news, but also becoming a topic of day to day conversation, especially in millennial social circles. While there is a lot of intense debate around the merits of Bitcoin and other cryptocurrencies, there is surprisingly little basic understanding about the topic. In this long read, we will lay down the fundamental information to do with Bitcoin, putting you in control of the conversation and able to dissect your ageing technophobic uncle’s surprisingly strong view that “Bitcoin is a bubble”. Are you ready?

What Are Cryptocurrencies in General?

Cryptocurrencies, of which there are now over 2,000 (including TrumpCoin) are being traded globally as we speak. Referred to by most people as either digital or virtual currencies, crypto is used as a medium of exchange between online users. Cryptography is used to control the creation of new units, and store and verify transactions that take place on a network. Cryptocurrency transactions are recorded on a blockchain, a digital decentralised ledger that cannot be hacked or manipulated. (Blockchain is not the focus of our article, but if your interested you can find a comprehensive beginners guide here.)

Bitcoin can refer to two things:

For our purposes we are talking about the Bitcoin token, the very first “cryptocurrency”, which was invented in 2008 by an unknown programmer using the pseudonym Satoshi Nakamoto. It’s unclear backstory is perfectly fitting for a currency that has been mired in controversy and speculation.

Interesting fact, the first Bitcoin purchase was for a pizza, back in May 2010. If the purchaser had held on to his Bitcoins and paid in cash, they would be worth over US$33,000,000 going by today’s rates.

So how did we get to this point, where something worth basically appreciated in value over such a short period of time?

Why Has Bitcoin Become So Popular?

Why Did the Price of Bitcoin Skyrocket?

The value of Bitcoin, slowly rising, finally started to gather speed around mid-2016. Worth about $600 at this time, people started to take notice, including government regulators and banks. While there are many theories floating around on the internet, there is one cause attributed to the Bitcoin price rise that is repeated again and again; FOMO or the Fear of Missing Out. As everyone saw a new opportunity and believed they could capitalise, regular people the world over bought into an item they had little knowledge of. Despite having no intrinsic value, Bitcoin was given value (like many real world items) by millions of people, meaning the price kept rising.

Since the start of 2018, Bitcoin has seen steady declines, although still well above the price in mid 2017. Many are still holding on to their Bitcoins, with some experts convinced the price will rise again, perhaps to even greater levels. Of course we’ll just have to wait and see.

How Easy is Bitcoin to Use?

As a global currency free from third parties, Bitcoin is meant to be a quick and easy way to pay and trade. There are three main uses in this section that we need to consider:

Sending Bitcoin to another person online was simpler before the appetite for acquiring and trading Bitcoin grew. Unfortunately, the Bitcoin blockchain has scalability issues and has problems dealing with the sheer amount of transactions that are occurring. This has led to higher fees at peak times, which can be present problems, especially when only transferring small amounts of Bitcoin. On average the Bitcoin blockchain can only handle seven transactions per second.

However, this is not the end of the story. There are many other ways to pay or trade with Bitcoin if need be. The number of exchanges is mind boggling, but there is a much smaller number that can be really trusted. Find a good one, and you will have a place to safely and quickly buy, store and trade (with lower transaction fees). In many of the big exchanges you can buy not just Bitcoin, but the other top cryptocurrencies as well. Furthermore, you can easily exchange them for Euros, Dollars and other world currencies such as Yen or Pounds (depending on the exchange).

Just for the record, if you are looking for a trusted exchange, bitFlyer is the only one that has clearances to operate in the US and EU with bank level protections and insurance.

For simple purchases, using Bitcoin and other cryptocurrencies is getting much easier as well. Right now, you can pick up your phone, go onto your App store and download a Bitcoin wallet. There are varying functions that are offered depending on the wallet, but the best ones offer multi-level security and the ability to pay for goods as you would normally with fiat currency. At the point of sale, usually for a low fee, your cryptocurrency will be instantly converted to the currency that is accepted.

Moreover, sometimes a conversion before payment isn’t even necessary, with big companies such as Expedia, Microsoft, CheapAir.com, and even Subway to name a few.

To sum up here, provided you pick the right exchange and wallet, Bitcoin is becoming increasingly easier, safer and cheaper to buy, store and trade.

Who Has Profited from Bitcoin?

We know this is what you came for, the disparate group of people who struck it rich by investing in Bitcoin when the price was low. I’ve coined (no pun intended) them the “Biterrati”. Far from an exhaustive list, here are just a couple of those individuals.

Argument #1 - Speed and Suitability for Payments
This argument we touched on earlier in the article and quite and easy one to dispel. While the Bitcoin network is faster than international bank transfers, which usually take a couple of days, even having to wait 10 minutes for confirmation when paying in a store is not good enough. As mentioned above, there are numerous other payment networks that are available and other cutting edge developments such as the Lightning Network which bitFlyer have introduced for near immediate transactions.

Argument #2 - The Bitcoin Bubble and Speculation
Many who wish to attack Bitcoin decry its valuation as a “bubble”. The argument has some validity due to the FOMO effect, where people started buying in a crazed rush, simply because they didn’t want to miss out. When Bitcoin detractors use the bubble argument, it is often used in conjunction with arguments about “no intrinsic value” to dismiss the Bitcoin project out of hand. Speculation is indeed a problem, but the idea behind Bitcoin, a way for ordinary people to bypass third parties and have true control of their assets indeed has some merit. Some people see cryptocurrencies as the future of money (another commodity we can say doesn’t have much intrinsic value).

It is very hard to determine the actual “worth” of something like Bitcoin. While some just hoard coins as value storage, Bitcoin can be used to facilitate global projects that use blockchain services. Its usefulness in this regard gives it some worth (although maybe not as much as the speculators afford it).
Another debate that may help us determine the value of Bitcoin is the one that tries to define what Bitcoin actually is. Is it a currency, commodity, security, or some kind of mix? The short answer seems to be, it depends how you use it.
Overall, with a global currency that is not tied to any government or regulatory controls, it is hellishly hard to tell exactly what it’s worth should be. What we do know is that the “bubble” argument should not be used to completely write off Bitcoin.

Argument #3 - Security
From the infamous Mt. Gox hack in 2014, to the recent 2018 Zaif hack, insecurity is what deters some large investors getting into the crypto sphere. While all exchanges talk up their security capabilities, time needs to be taken to separate the wheat from the chaff. One thing we do know is that bitFlyer is the only exchange in the world that abides by all US and European regulatory guidelines. If you would like to know more about all the way that bitFlyer’s keeps its user’s assets safe, you can read on here.

Argument # 4 - Volatility
You don’t have to be Sherlock Holmes to see that the Bitcoin price as of late is less than stable. This where the risk comes in, and if you are putting in a large amount of money, yes that risk is considerable. Discounting the crazed buying that occurred towards the end of 2017, for a period of about 5 years, Bitcoin actually showed quite a lot of stability, and steadily rose over that period. A good rule of thumb here applies to the world of Bitcoin, just as it does any other investment. Don’t overextend yourself and just buy an amount you’re comfortable with. Who knows, you might be the next Erik Finman…

So there you have it, a general introduction to Bitcoin that has hopefully given you some solid information and fun facts to impress your friends and family with. If you’re looking to invest in Bitcoin, maybe this article has also allayed some of your fears. If you’ve decided “Yes, Bitcoin is for me!”, then take a look at our other articles, detailing how to start trading and tips for investing. 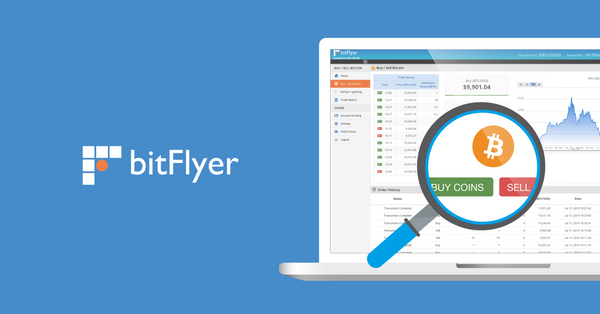 Are you interested in Bitcoin trading but find traditional exchanges confusing and difficult to use? bitFlyer has developed a new way to buy and sell cryptocurrencies without the complexity and limitations of advanced platforms.

Your guide to trading your first Bitcoin. How to do it, step by step: Funding, Buying, Selling, Trading with confidence, efficiency and ease.